Anzer Honey Rize's İkizdere in Turkey Ballıköy Anza Springs' in the production and in the world having a wife does not have precedents wild flowers covering flora, British, Germans in the research of 450-500 varieties in flower, which in 80-90 many endemic flowers alone Anzor Ballıköy Anzer Ballikoyu Anzer is a world famous flower honey. 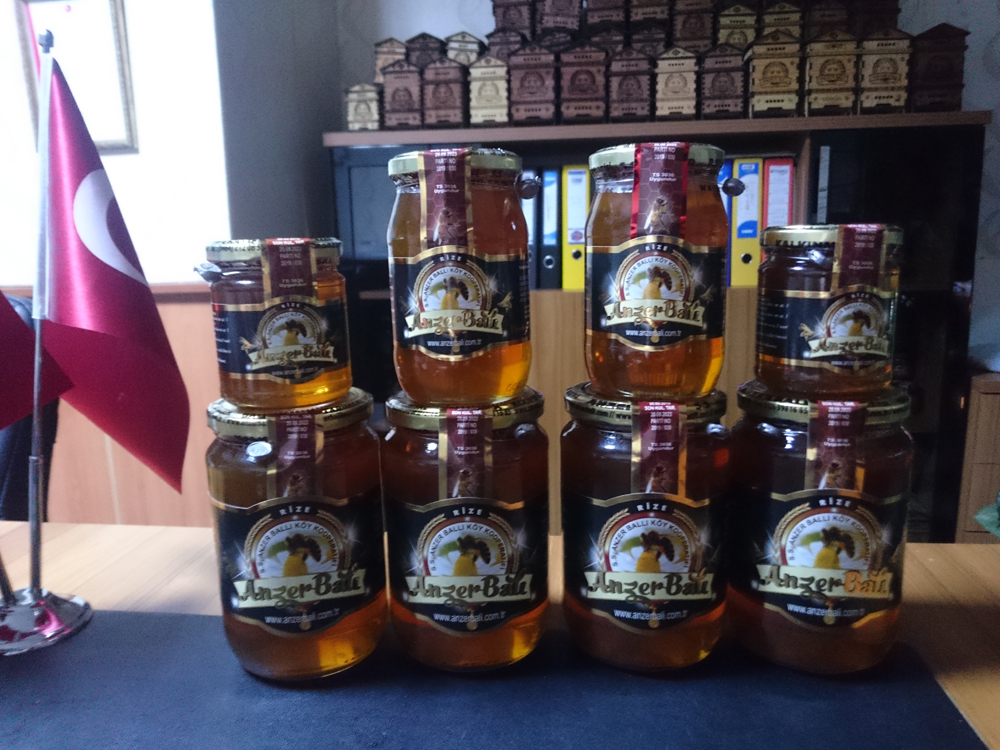 Honey production in Anzer plateau Anzer took the first step in spring and greenery with snowdrops in partly snowy regions with the first week of June and carried its wonderful beauty to the peak in June and completed in August.

In Anzer Plateau, depending on the climatic conditions, honey is taken from the hives by the process called milking (harvesting) in the first or second week of August.

The amount of honey production varies depending on weather conditions and early mowing of meadows. In Anzer plateau Anzer bali There have been years when there was little or even none.