What is Anzer Pollen?

Anzer Pollen Pollen is called Pollen, Anzer Pollen is the male cells of the plants where bees carry thousands of flowers in Anzer plateau and carry them with their hind legs and feed them to their honeycomb pores in order to meet the need of protoin and to feed their young .

Anzer Pollen is a very high food. In addition, Anzer pollen is a much higher quality and useful product compared to other pollen because it is composed of 1000 sorts of flowers and endemic taxa which are unique in the world.

The Anzer plateau hosts hundreds of flowers, the flora of the plateau has many different endemic flower species in the world, Scientific researches have shown that this flower variety and endemic species are very rich in amino acids, minerals and vitamins. Anzer Pollen had many flower species rich in endemic species

The chemical structure, color, taste, smell and appearance of pollen vary according to plant species. It is mostly yellow and it is possible to find black, purple and pink pollen. In addition, the source of honey is determined by the analysis of pollen contained in honey.

Anzer honey is a product which is known with its quality.

Store in a cool, moisture-free place, preferably in a refrigerator. Keep the pollen in the glass jar closed in the refrigerator. 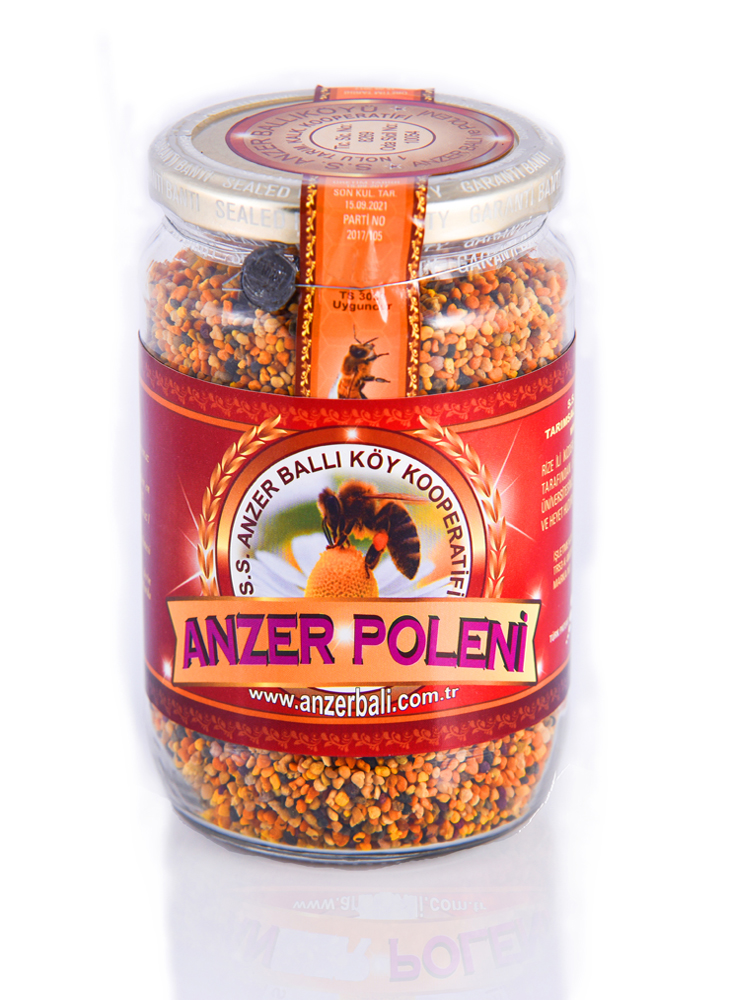 NOTE: It can be consumed by making sherbet with warm milk or water.